Health Benefits Of Being Vegetarian 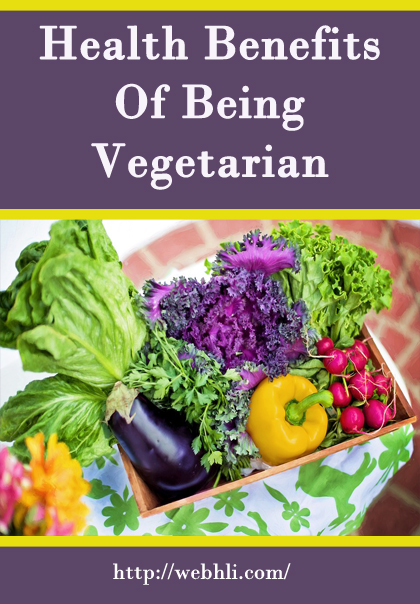 Switching to a vegetarian diet can be an exciting and fun way to attain a healthier lifestyle. As we have previously learned, vegetarians do not eat meat, poultry, or fish. Although some do eat dairy or eggs. If you choose to follow one of these diets and lifestyles, you will find that your risks of contracting certain diseases will fall.

Studies that have been conducted on vegetarians have shown that they have lower cholesterol levels that people who consume red meat. This is because cholesterol is found in animal products to include milk and eggs. Therefore, even if you choose to become a lacto vegetarian you will be consuming much lower levels of cholesterol than if you stayed on a meat based diet. To that end, vegetarian meals are also low in saturated fat, one of the leading causes of cardiovascular disease. In addition, studies have shown that consuming plant proteins instead of animal proteins have led to vegetarians having lower cholesterol levels.

Becoming a vegetarian can also be advantageous to people who suffer from diabetes. A vegetarian diet is high in complex carbohydrates and low in fat, which are essential in keeping a diabetic person’s blood glucose level at a more normal range. Some people who suffer from diabetes have actually been able to come off their medication once they switched to a vegetarian diet, while others have seen a decrease in the amount of self-injected insulin they require in order to keep their blood glucose level within an acceptable range.

Just as vegetarians are at a lower risk of getting some cancers, cardiovascular disease, and diabetes, they are at a lower risk for being afflicted with gallstones, kidney stones, or osteoporosis. This is due to consuming plant proteins instead of animal protein. Eating high quantities of animal protein has been shown in studies to dramatically decrease the amount of calcium from human bones. With the vegetarian diet, the consumption of plant proteins can help people from getting osteoporosis.

Published in Food and Health